Camping is an outdoor recreational activity in the chosen area. Generally participant(s) leave developed areas to spend time outdoors in more natural ones in pursuit of activities providing them enjoyment. The purpose of this is just enjoying nature 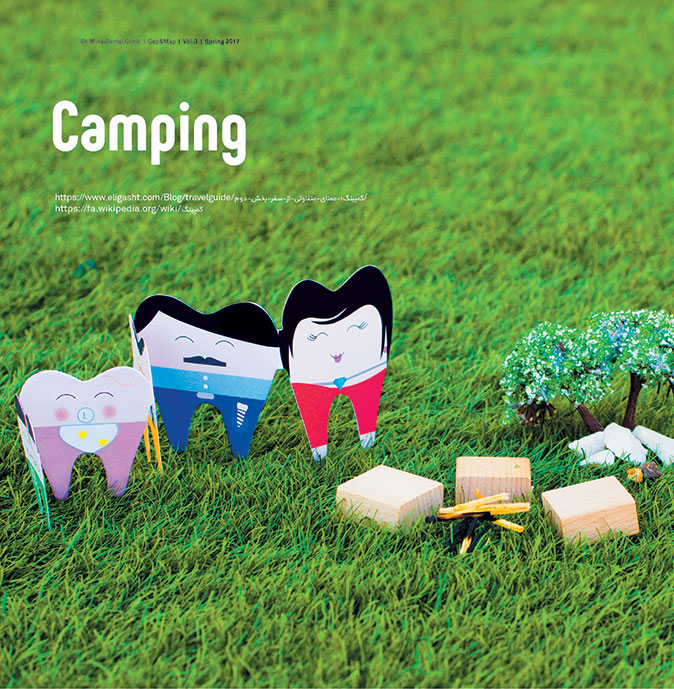 Sometimes and in some cultures, it is called Urdu. Terms such as Urdu, Picnic and etc are entirely differ from Camping in one signification. Camping depends on location, can be enjoyed through all four seasons. It could be erected in an open air or other cases such as tent or caravan. In the new century, an aristocratic and luxury camping is formed that is sometimes called Safar because the main purpose and major set up are in different regions of Africa. Camping as a recreational activity became popular among elites in the early 20th century. With time, it grew more democratic, and varied. Modern campers frequent publicly owned natural resources such as national and state parks, wilderness areas, and commercial campgrounds.

The history of recreational camping is often traced back to Thomas Hiram Holding, a British travelling tailor, who camped in the UK on the river Thames . By the 1880s large numbers of visitors took part in the pastime, which was connected to the late Victorian craze for pleasure boating. That was the first experience of modern camping.

The early camping equipment was very heavy, so it was convenient to transport it by boat or to use craft that converted into tents. Although Thomas Hiram Holding is often seen as the father of modern camping in the UK, he was responsible for popularizing a different type of camping. He experienced the activity in the wild from his youth, when he had spent much time with his parents traveling across the American prairies. Later he embarked on a cycling and camping tour with some friends across Ireland in 1901. His book The Campers Handbook led to the formation of the first camping group in 1908.

The International Federation of Camping Clubs  was founded in 1932 with national clubs from all over the world affiliating with it. By the 1960s camping had become an established family holiday standard and today camp sites are ubiqitous and it is not limited to recreation and family aspects.

Love for nature in Shiraz

Going outdoor and picnicking has been always a custom in Iranian culture which also has mentioned in Persian poetries by various Iranian poems. For example Saadi, Hafez, Ferdowsi, Khayam…

Shiraz is one of the towns where this culture of outgoing in nature, gardens and green fields is a living custom. One noticeable memories that stays with visitors in Shiraz is to find local people at parks  or green fields in boulevards or random street corners, eating food and enjoying their time with families and friends.