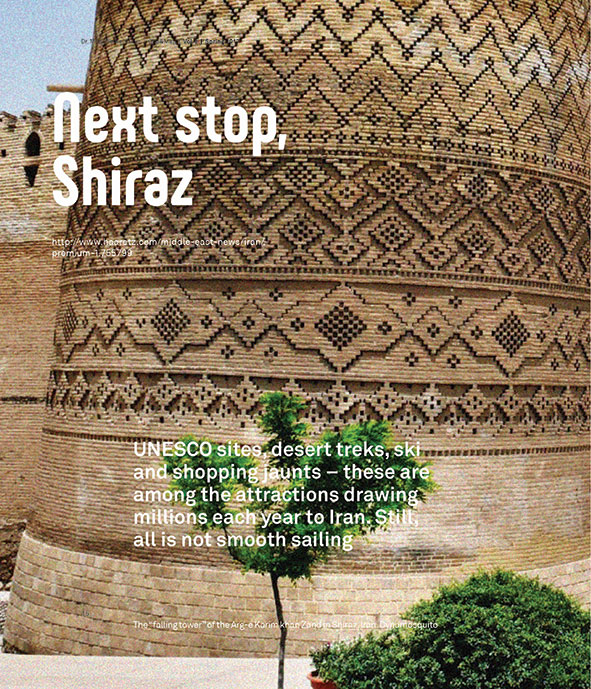 Although travel warnings are still in effect and American tourists are only allowed to visit as part of organized groups, the Iranian tourism industry is flourishing and the country is rapidly becoming a popular destination on the world tourism map.

All this is happening thanks to massive encouragement by the Iranian government, which has extended the permitted stay for tourists from two weeks to three months, and is making it much easier for tourists from most countries to obtain entry visas

According to data published in Iran, in 2015 the number of tourists there increased to more than 5 million, as compared to about 2.2 million in 2009. Though most visitors come from the Arab countries, first and foremost Iraq, the share of tourists from the West is burgeoning.

Many tourists who waited impatiently for the signing of the nuclear agreement between Tehran and the world powers, and the subsequent lifting of most of the sanctions on the country, are apparently not deterred from visiting there, even though the “high risk” travel warnings for American tourists remain in effect (particularly for U.S. citizens of Iranian origins), and even though both they and British tourists are allowed to visit Iran only on organized tours.

Anyone who has a spare $16,500 can join a trip this coming March, organized by the private railway travel company Golden Eagle, which offers luxury tours worldwide. This will be an 18-day trip called Persian Odyssey, which begins in Moscow and passes through the Gobi Desert to Turkmenistan and on to Iran’s splendid heritage sites and the capital, Tehran.

Anyone who does not have, or does not want to part with, that sum of money can fly from Vienna to Shiraz, in the central-western part of Iran, on one of the newly inaugurated flights plying that route, and sign up for a trip in the Loot Desert. An extraordinary experience awaits travelers in those salty expanses in the country’s eastern section: a chance to see a UNESCO heritage site, to climb the tallest dunes in the Middle East (about 700 meters high), to view rare geological formations and to enjoy fine hospitality in the city of Kerman.

Tehran, of course, is an essential destination for tourists but those who want to avoid the endless traffic jams in the capital and relax on the coast can go south to the island of Kish, 200 kilometers from Dubai, and find lodging at one of the 40 new hotels there. They can make the relatively short hop to Dubai to drink alcohol and then return to the booming shopping centers on the island.

Another possibility is to go north to the coast of the Caspian Sea or to climb the Alborz Mountains, which have sophisticated ski facilities that draw Iran’s wealthy during the winter. 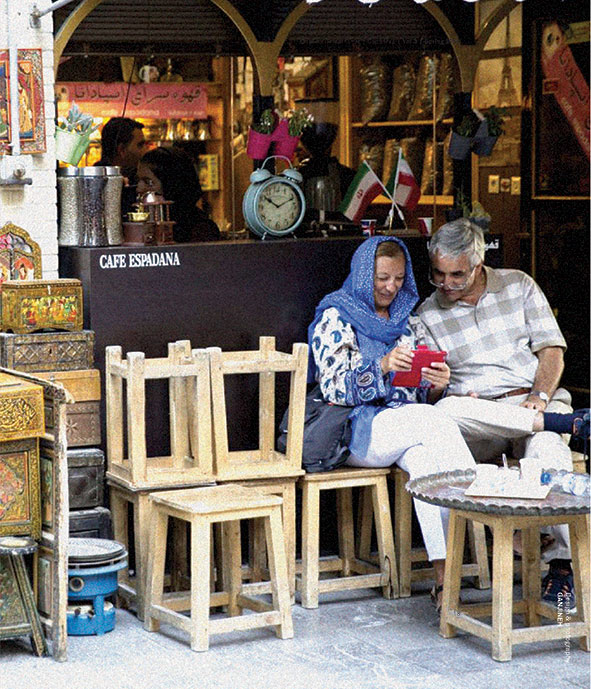 Slowing down the flow

There are still quite a number of problems facing Iranian tourism that could slow its development. As part of budgeting process to encourage tourism, the Iran Air company has signed a deal to purchase new civilian planes from America’s Boeing company, which in the first stage are slated to operate on routes leading to Europe, and in the future to the U.S. as well.

Even though the contracts have already been signed and the U.S. secretary of the treasury has given the green light, however, expansion of the fleet of aircraft is at risk in the wake of a law passed in the U.S. House of Representatives, to the effect that the secretary of the treasury will not be able to approve sales of aircraft to Iran if the deal entails any involvement on the part of the American banking system.

Boeing, which is heavily lobbying Congress to allow the deal, is making it clear that prohibition of the sale of planes will not only harm its earnings – which, according to the company, are expected to top over $25 billion – but will also bring about the loss of more than 100,000 jobs in the U.S.

It is not clear what the fate of the law will be when it reaches the Senate, but the expectation is that even if it is approved, President Barack Obama is likely to veto it as in his opinion, banning sales of aircraft is contrary to existing agreements with Tehran. Iran does have alternatives, like purchasing the planes from Russia, but its first preference is for aircraft from Boeing and from the European Airbus company, with which a sales agreement has already been approved.

Another problem for tourism is the small number of hotels in Tehran. There are currently only 96 of them and only about 13 are ranked, according to Iranian criteria, at the level of four and five stars – which falls far short of what is customary in the rest of the world’s urban centers.

Nevertheless, at the same time, investors in Iran’s tourism industry have reported to the Hotelier Middle East site that they are prepared to consider building new hotels in Iran. And a number of Western companies have already begun to look into the conditions the Iranian government is prepared to grant them for developing the industry.

Until new hotels are built, many tourists have been using internet services to find lodgings in private homes. Thousands of such arrangements have already been made, but not all of them work out well.

The Jame Mosque is seen in the heart of Yazd, Iran. David Stanley